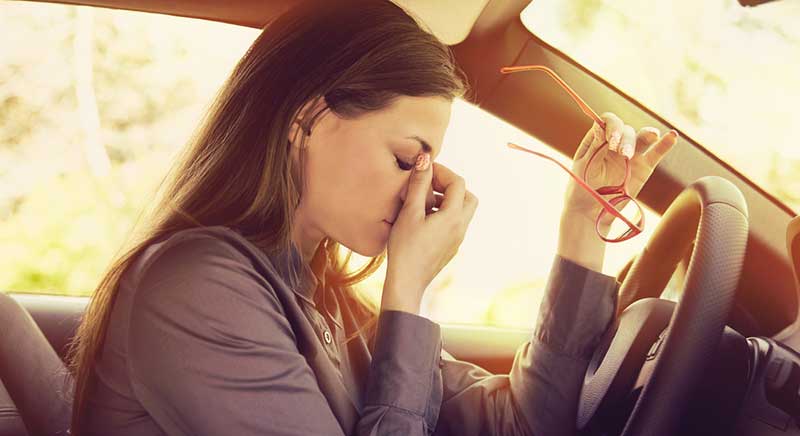 A Life Changed by Migraine Surgery

Bryan Kirsch knew something was wrong when the stairs moved. After roughhousing with his children in 2011, he was walking upstairs with one when, he remembered, “I look up the stairs, and the whole world is spinning.”

Thus began three years of near-constant pain from migraines. Kirsch is one of the first people in Chicago to undergo a surgery aiming to alleviate chronic migraine pain. Now, Kirsch says, he is essentially free of pain. “I couldn’t have sat out here,” he said as an elevated train rumbled and roared overhead. “It’s been night and day for me.”

Cleveland plastic surgeon Bahman Guyuron, who has trained about 50 doctors across the nation to perform this surgery, said he discovered a correlation by chance in 1999. He noticed that, among his patients, people with cosmetic forehead lifts also noted migraines ebbing.

“I thought that that was just a coincidence,” said Guyuron, emeritus professor of plastic surgery at Case Western Reserve University School of Medicine. “A couple of weeks later, another patient told me the same thing.”
Some doctors say certain types of chronic migraine headaches can be caused by nerve compression. Surgery can release the pressure on the nerve from surrounding tissue like muscle, which can then alleviate pain.

After nearly two decades and 24 studies by Guyuron’s team, doctors are working to get health insurance companies to recognize and cover the surgery – as well as build awareness about a procedure they say can alleviate debilitating head pain.
Guyuron says studies show as much as a 92 percent success rate. A 2011 article in the Journal of the American Society of Plastic Surgeons tracked patients five years after undergoing the surgery. It showed 61 of 69 patients reported improvement, and 29 percent reported a complete elimination of migraines.

Dr. Elizabeth Loder, chief of the Division of Headache and Pain at Brigham and Women’s Hospital in Boston, said migraines naturally wax and wane, making it difficult to tell whether change is due to a solution or simply time.

Loder is former president of the American Headache Society, which in 2013 cautioned against this type of surgery outside of a clinical trial.

Clinical trials are strictly controlled, and Loder said data with long-term follow-ups and a randomized, larger number of patients would amp up the research base.
So far, the database does not include as many patients as Loder would like, and she said it could benefit from measuring people who did and did not receive surgery. Also, the different pain locations make it difficult to equally study patients, she said.

“I think we do need additional trials, ideally done by people who are not invested in the outcomes,” she said. “It would certainly be interesting to see the results of these trials. No one is saying this shouldn’t be investigated further.”
Not everyone is a candidate, doctors who perform the surgery say. Typically, it can most help those with chronic pain, suffering about eight to 15 headaches a month not helped by medication.

Northwestern Memorial Hospital plastic surgeon Dr. Mohammed Alghoul has performed the surgery on four patients in Chicago so far; all of them saw a neurologist first. About 1,100 patients nationally have had the procedure, according to Guyuron’s office.

“(Patients) will tell you the pain is there all the time; it doesn’t really go away,” Alghoul said of surgical patients before their procedures. “It may be a 2, 3 out of 10 (on the pain scale), but there’s always pain happening” even when they aren’t having a typical migraine.
Doctors identify four different places, called trigger sites, on the head where this might occur: the forehead, temple, nose and back of the head. This surgery has been adapted to all the sites.

Patients get local or general anesthesia, depending where on the head the surgery is, and they generally spend about half a day in an outpatient surgery facility, according to Guyuron
The procedure involves making small incisions, then releasing nerve pressure.
Kirsch, 37, left the hospital the same day.

“The rest of my life’s back to normal,” he said. “Relief was almost instantaneous.”
The father of three still remembers exact dates of appointments and the day he first felt dizzy. He recounts a laundry list of answers sought – from a neurologist; neurosurgeon; neuro-ophthalmologist; an ear, nose and throat specialist – and about 10 different prescription medications he tried.

“I pretty much had tried every specialist under the sun,” he said. “Nothing was helping.”
He missed his kids’ birthday parties and his sister’s wedding reception because noise triggered pain. He was scared that he would have a dizzy spell while driving his children, so his wife took on chauffeuring duties. Sometimes, at home and at his office as an attorney, he’d have to just sit in a dark room, separated from the world.

Finally, a neurologist at Northwestern suggested he meet Alghoul, who had just learned the procedure from Guyuron in Cleveland.

He was a bit concerned about surgery, he said, but felt comfortable with the explained risks, which can include infection, bleeding and numbness.
“At this point I’m like, ‘I’ll try anything and anybody,'” Kirsch said.
To see if he was a good candidate, Alghoul first administered Botox, which can weaken muscles and nerves. After that procedure, Kirsch said, he was pain-free for the first time in years. After the Botox helped, doctors said that was a sign he would be a good candidate to go through with the surgery.
The doctors hope more health insurance companies will cover the surgery. The cost can be about $3,000 to $4,000 per surgery site; patients often have multiple trigger sites. In June, Alghoul met with representatives from Blue Cross and Blue Shield, he said, presenting research in an effort to convince them that the surgery is past the experimental stage.
Kirsch’s surgery was not covered by health insurance. Although the cost was not small, he said it was a no-brainer if it meant being present at his kids’ birthday parties.
“My wife and I never even debated,” he said.
These days, Kirsch still takes earplugs to hockey games but said he does not experience migraines. He gets occasional headaches in the same spot, but he said it’s no different from what most people occasionally endure.
On his way to a baseball game after the surgery, a broken stitch left his still-numb head bleeding. But after years of not being able to enjoy loud stadiums, he simply found the first-aid station – and a bandage – and watched the game.

“My wife said, ‘It’s almost like having you back again,'” he said.